THEY improv provides a variety of approaches to the genre of Caribbean murder mystery dinners to serve the resorts, hotels, yachts and cruise ships operating throughout the region.

This is a page of FAQs about how we can bring some of the best available talent to serve Americans traveling to the region for their getaways and corporate meetings and incentives awards events.

ABOUT US CONTACT US
A THEY improv Caribbean murder mystery event customized for your group has proven to be perfect for teambuilding corporate events, meetings and incentives awards, weddings, family gatherings, dinners or charity fundraisers! This goes for events on board yachts and cruise ships as well as hotels and resorts in Aruba, the Bahamas, the British Virgin Islands, Cuba, Mexico, Puerto Rico, the US Virgin Islands and just about anywhere else you can think of throughout the region. So exactly what is a Caribbean murder mystery dinner and what does it entail?

To answer this, and more specific questions, we have assembled a list of frequently asked questions here, along with appropriate answers.

Q: Do you perform public shows?

A: Most of our shows are private parties and corporate events, though we are available to provide entertainment at area hotels, resorts and cruise ships. If we do so, the events would be advertised through the venue, so simply ask your hotel if they have a murder mystery dinner. If they don't, have them give us a call for potentially booking us.

Q: You say that you customize shows, how customized are they?

A: Every script is unique and written for the show and group involved. Some levels of customization might require an extra fee, such as for a new scenario for a Cambridge Solution. For larger shows, there may be certain elements that have been repeated over the years, but we tailor that beforehand and on-site directly to you. Additionally, all of our performers have years of improvisational training and public performances under their belt. This means that their improv skills are fully taken advantage of and can react to the situations around them. Literally, we could not perform the same show twice even if we tried.

Q: What makes a THEY improv Murder Mystery different from others?

A: THEY improv stands out in the murder mystery business in a lot of ways. The most obvious is that the cast of THEY improv is comprised of some of the top improvisational comedy talent. This means that the show not only has a great interactive experience for the audience, but that the entire cast adjusts to the changing needs and comedic energy of the group involved. Secondly, THEY improv never forgets that the emphasis is on entertainment, not on mystery. The show is designed to entertain the audience more than perplex them. To that effect, we push the murder back in the plot allowing for a larger amount of audience interaction and fun prior to the murder and a shorter interrogation time. In some shows the detective is the star. In ours, the comedy is. Thirdly, some murder mystery companies try to beat the audience and not even give out the prizes. THEY improv guarantees that someone will have been correct in their solution of the murder mystery for our full shows. There are a lot of ways we're different. The best way for you to find out how is to contact us for a show and see for yourself.

Q: Is your material appropriate for younger or sensitive audience members?

A: Younger or more sensitive audience members should have no problem enjoying a night of fun and clean comedy when THEY improv takes the stage. We are predisposed to performing clean comedy shows. If, however, we are requested to become more lively in our performance, we may do so. After all, our murder mysteries are custom-tailored for the audience involved. Our standard policy is to remain one-level cleaner than the audience.

Q: I have a small group, can I have you perform for us?

A: Smaller groups can get cost-prohibitive for murder mysteries, and even more so in the Caribbean. If you have the budget, though, the simple answer is yes.

Q: What is interactive as opposed to immersive?

A: Generally, when someone refers to a show being interactive, it means that the performers will talk to the audience, either to get input or a reaction. Because interactive is a term used and understood in the industry, we tend to use the term incorrectly. Our shows are more accurately referred to as immersive. An immersive performance is where our actors fully participate in the audience experience and can be mistaken as audience members. Some audience members can also be confused with performers. This immersive experience enhances the entire event and increases the involvement of the audience members to the point of maintaining full attention.

A: While we prefer the immersive experience, we can perform "Presentational Murder Mysteries." This is performed on a stage or raised area with sound system like a play and with limited audience interaction. This is usually done for much larger groups and is more heavily scripted. This tends to have a higher cost because of the writing involved.

Q: Can my people play some of the parts?

A: We have a variety of offerings. Some of our offerings are designed as a mix and mingle party that allows your participants to interview each other to try to determine the culprit. Another offering allows some of your people to play the roles being interrogated by our detective and the audience to determine the culprit. But for our signature immersive murder mystery dinners, you want to limit the exposure of your people as performers. Quite frankly, they're simply not professional, and our people are. But we will customize any event to you and follow your lead as to who you want to participate. So the short answer? Yes, but it isn't our recommendation.

Q: What is an ambush murder mystery?

A: We are one of the few companies in the country that specializes in the ambush murder mystery. This is a scenario where the audience is unaware that a murder mystery is occurring. We create a situation where our players would reasonably be expected to be in the location. After establishing the legitimacy of our characters, we then create situations that would rarely happen at parties. The 'trainwreck moments' are designed to get the audience talking about what's going on around them and attempt to intercede on behalf of our characters. Think of it as an elaborate prank being played on your audience. When the death finally occurs, the audience then realizes that they've been had and are led through the process of determining the culprit. One of the major advantages of this form of show is that the audiences expectations are constantly changed.

Q: What kind of venues are you available to perform in?

A: THEY improv is capable of performing anywhere. After all, we are improvisational. We are used to making do and reacting to what is at hand. Generally we perform in banquet spaces, dining rooms, hotels, restaurants, yachts, cruise ships, conference centers and theaters. The question usually comes down to an ability to be seen and heard by the audience. The real answer is that you should contact us if you have a venue that you have a question about and we are certain that we can find a way to make it work. 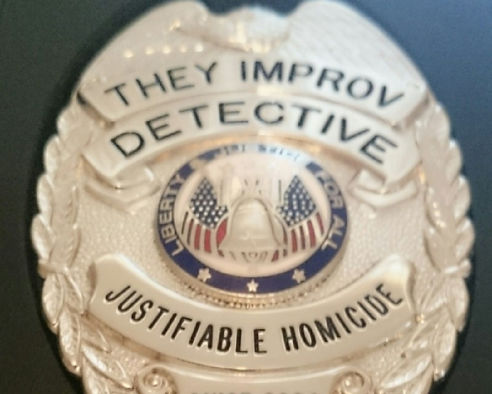 For the industy standard with our own unique twists, we bring a cast of detectives, mysterious suspects and plots customized to each group at a venue of your choosing for a luncheon or dinner show throughout the Caribbean. 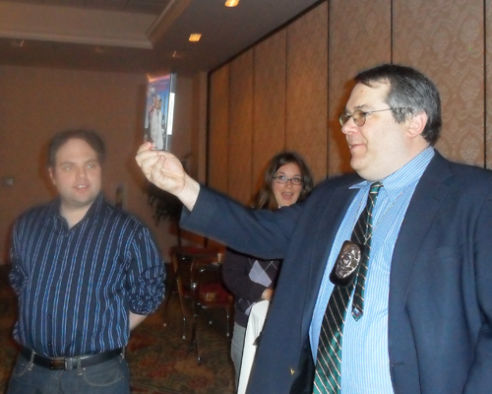 We have shows where we use audience members as characters in the show. This helps to reduce the cost while also enhancing the experience for those who want to interact more. 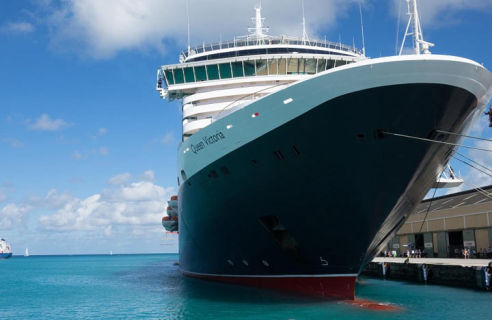 Let us bring a variety of murder mystery options to your ship board adventures.

For those traveling to the Caribbean, we can bring shows that can entertain those coming to the islands in unique ways.

Q: How can you perform throughout the region? Aren't you based in the U.S.?

A: THEY improv is one of the fastest growing murder mystery companies in the U.S. and we do have some performers in the Caribbean. The reality, though, is that travel will likely be involved and work visas are also likely needed. This isn't program that is inexpensive, but for our clients in the U.S. that want to bring American entertainment to their people that they brought to a meetings and incentives awards event, we can help justify that budget. Likewise, we can perform multiple functions, making the effort more affordable by spreading the costs. We are not the least expensive, but isn't having the best worth it?

Q: What are your prices for a show?

A: Because every corporate event and private party is custom designed you have to contact THEY improv directly to receive a quote for your banquet. Prices range based on the costs for a show. The more actors, the more props, the more difficult to be on-site, the larger the event, the more the writing, the higher the cost. There are an extreme number of options to take into account. Contact us for a detailed quote and we'll help clarify.

Q: Will these shows work at a luncheon?

A: Even though we call them dinners, the reality is that a lot of our events take place during the day. Lunch is quite common and it operates basically the same, though often there is no cocktail hour. It can be a great idea to entertain your employees without keeping them after hours. Likewise, an ambush at lunch works well with our people to look like a regular team building group or lecturer. Contact us to find ideas that might work for your group based on your timing.

Q: Are there gunshots at your shows?

A: Based on the desires of the client, we may have gunshots (blanks, of course), stabbings, etc. All such things are usually done to comedic effect and may require authorization of the venue and appropriate security staffs. Likewise, the Client must indemnify us and indicate to potential guests with any conditions the inherent issues or concerns.

Contact us today to learn about how THEY improv can bring you the Caribbean murder mystery dinner show or luncheon that will have all your friends talking about for years!

THEY improv can provide these in hotels, resorts and on cruise ships in Aruba, the Bahamas, Barbados, Bermuda, British and US Virgin Islands, Cayman Islands, Cuba, Dominican Republic, Haiti, Mexico, Panama, Puerto Rico and the rest of the US, and many other locations. Some circumstances may require travel or legal documentation that may add to the fee. Simply ask us as we develop a proposal for your event.